‘Nolan has pursued his own path. His predominantly figurative style has been an aesthetic refuge for eyes and minds bored by abstraction. His imagination is endlessly questing and his artistic and technical invention perhaps unparalleled.’ Jane Clark, 1987

Born in Melbourne, Australia, Nolan grew up in a conservative, colonial society in the grips of a savage depression. His family found stable work with the Melbourne tram company but even so had to supplement their income with illegal bookmaking. Living on the streets and beaches around Melbourne Nolan could have sunk without trace but instead became one of the most celebrated and influential modern artists of his generation. 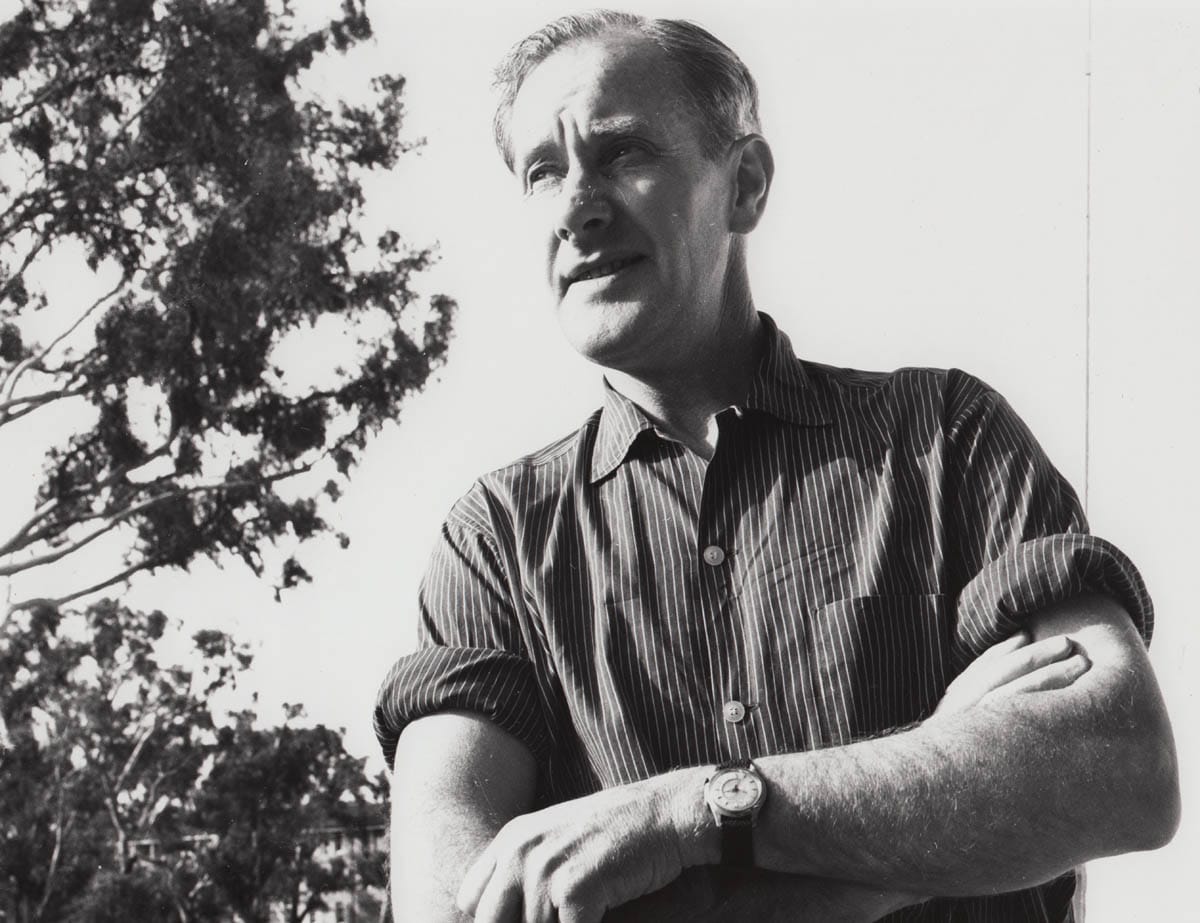 Nolan’s adoption of painting as a career may have been a direct result of his desire to break free from the physical and intellectual strictures of his upbringing. Initially unable to satisfy his desire to travel to Europe he achieved an emotional release from his situation through exhaustive reading in the State Library of Victoria and access to modern art magazines in the courtesy lounge of the hat factory where he was employed in the advertising design department. During this period Nolan came under the spell of the Symbolist French poet Arthur Rimbaud whose poetry was built upon grand, illogical, intuitive associations. Rejecting naturalism and realism he believed that the purpose of art was not to represent reality but to access greater truths by the ‘systematic derangement of the senses.’ The ideas encapsulated in Rimbaud’s poetry proved to be some of Nolan’s most enduring and formative influences. 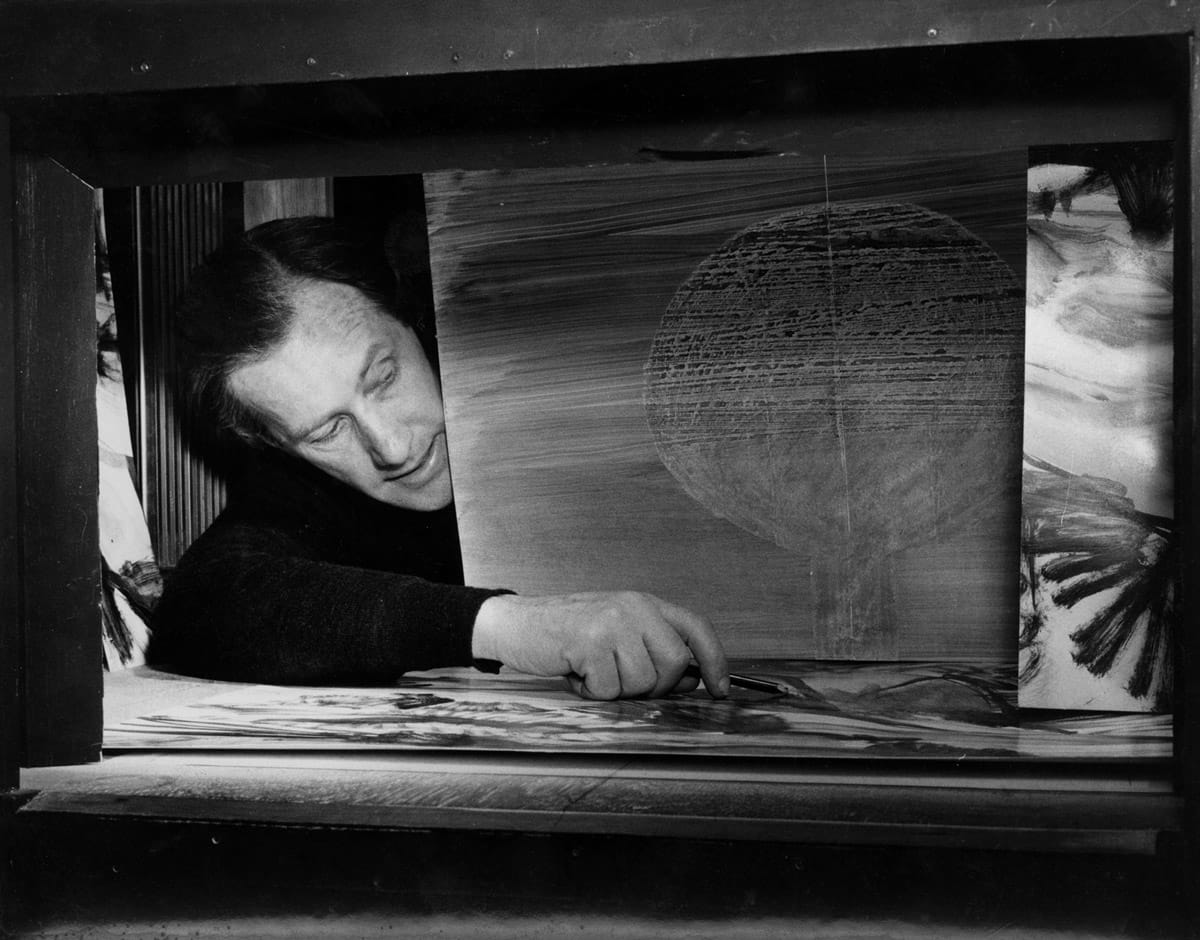 Nolan later acknowledged that he might have chosen poetry as a career but decided art would the most effective outlet for his voracious and capacious intellect. Early paintings reflect his study of artists such as Pablo Picasso, Joan Miro, Wassily Kandinsky, Max Ernst and Paul Klee. Klee’s approach in particular appeared to resonate with Rimbaud’s ideas. Klee intentionally undermined the accepted boundaries of art by experimentation and a range of techniques, media and juxtaposition of subject matter. Klee was also a great admirer of the untutored art of children, and Nolan found the childlike qualities of his work compelling. Nolan was also drawn to the naïve art of Russian refugee Danila Vassilieff whose passion and reverence for art of unbridled emotion struck a chord.

It is with his self-portrait of 1943 that Nolan finds his artistic voice and proclaims to the world that he will be an artist, an artist who will emotionally go to war, in war paint, with art as his weapon and, from his haggard expression, with a premonition of the price that he will have to pay. And Nolan’s art will be naïve, poetic, emotional, innovative and completely experimental and guided by the principle, expressed by Rimbaud, ‘Il faut être absolument modern’ (one must be absolutely modern). 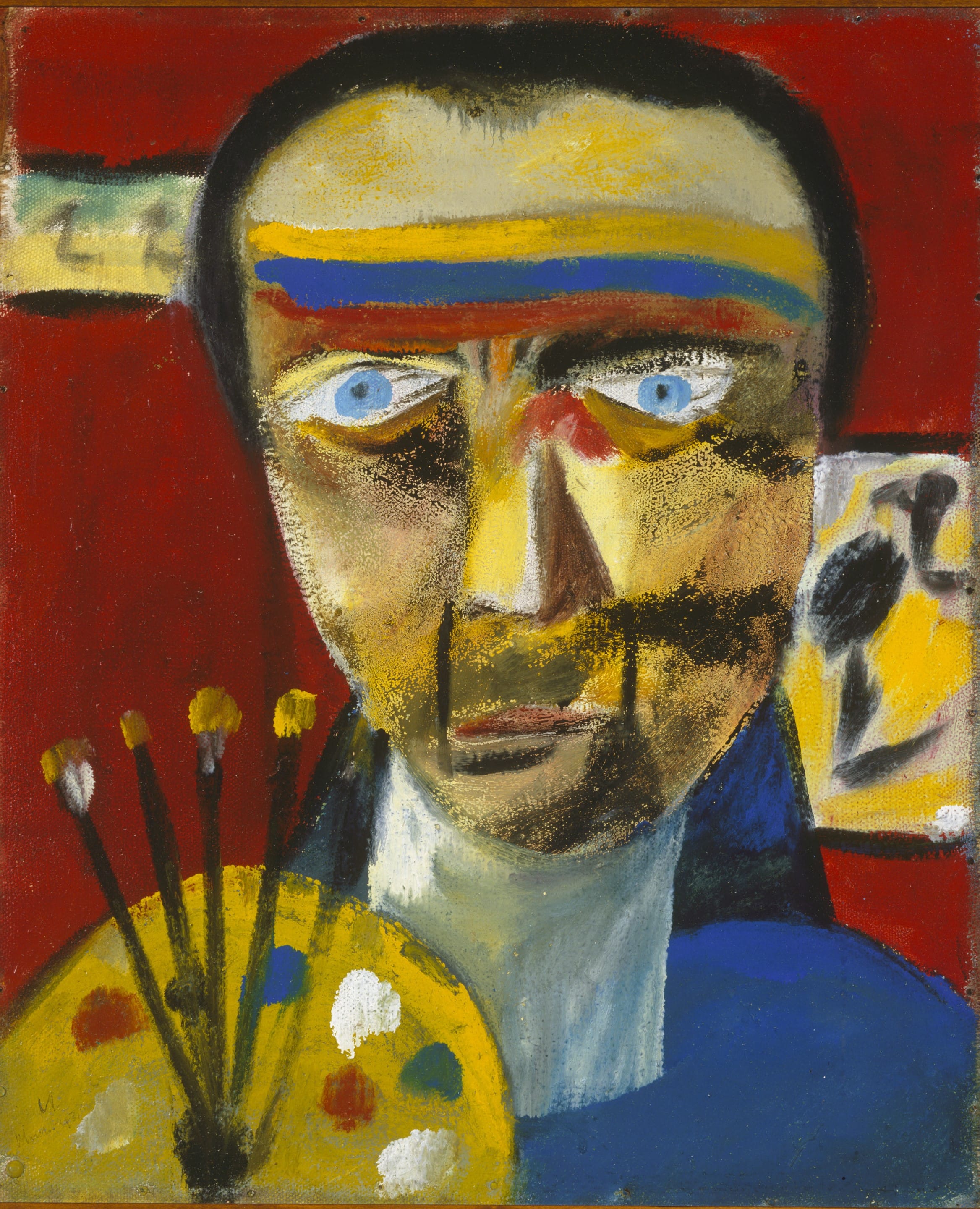 Between 1946 and 1947 Nolan painted his first series of works that commented on the life of the Australian bandit Ned Kelly. This was the first chapter of an Epic Poem for Nolan that continued to absorb him until his last painting in 1992. ‘It’s mostly to do with a poetic view of life’, he said, ‘something one might call the reconciliation between experience and ideals.’   Autobiographical but woven through with a commentary on the condition of being human, a symbolistic personification (the black figure – ‘my formal device’) of defiance and impenetrability, and with the simplicity of one bloodshot eye you understand the toll that his life has taken on his soul and the sadness that lies within. In all the Kelly paintings the eyes serve as the reflection of the inner being, their absence in his famous mounted Kelly of 1946 suggesting his subliminal ‘carefree’ association with his own landscape.

Nolan became an artist for whom the expression of emotion and the emotional punch of his work was everything. He painted in series, like visual poems which are at their most profound when exhibited together - and the poems are complete.   This is the crux of Nolan’s work and what makes it so vital. He speaks to the world of imagination, offering a different interpretation of life so that the viewer can engage with the subject emotionally. Emotions are laid out before you in a language that you can understand if you can slough off the skins of your own expectations.

“I’m very interested, in fact, compelled and dedicated to transmitting emotions and I care for very little else. I care for that process so much that I’m prepared to belt the paint across the canvas much faster than it should be belted, I don’t care so long as I can get the emotional communication, I will sacrifice everything to it – and this I’ve done.” Sidney Nolan 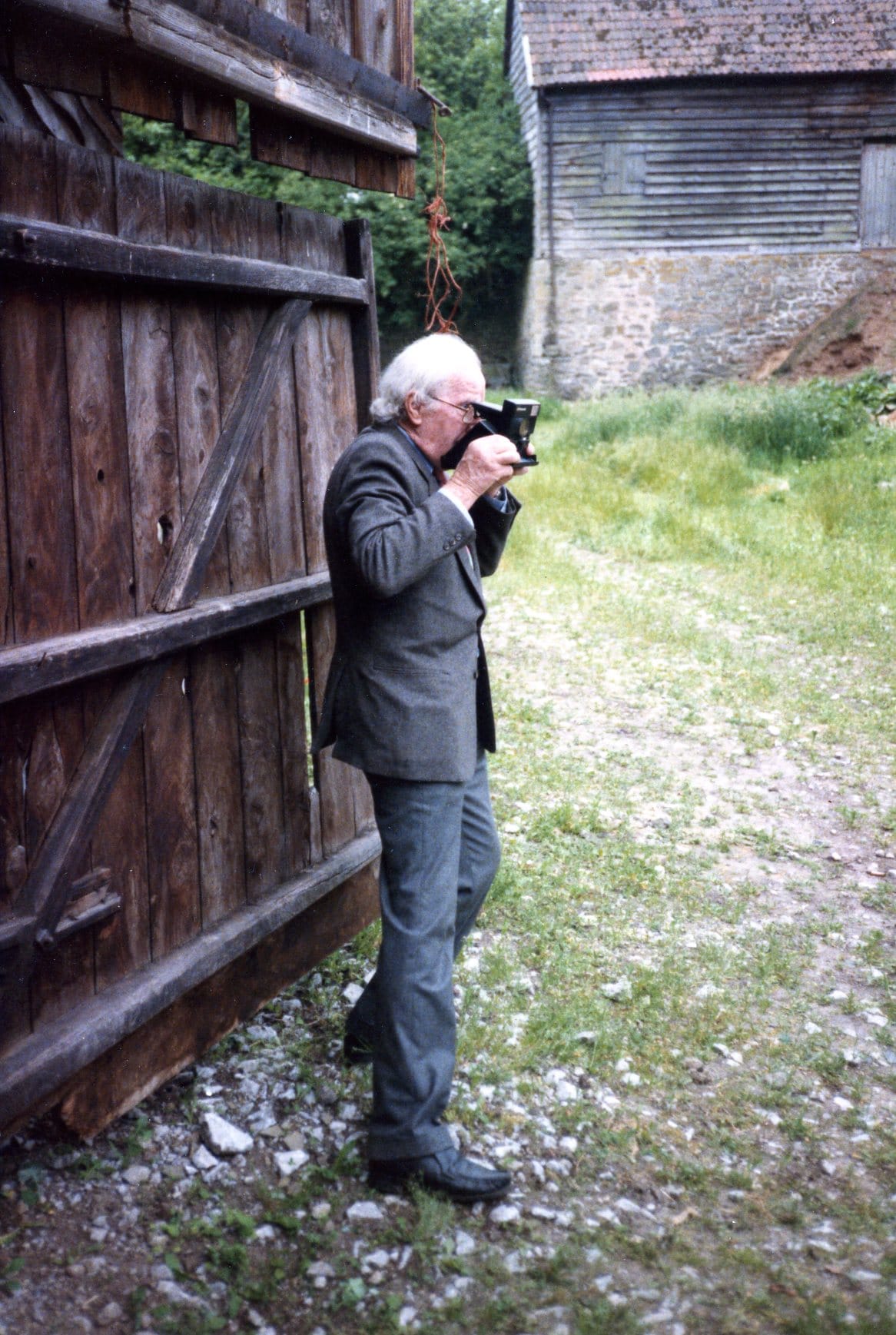 Here at The Rodd in rural Herefordshire, Nolan’s last home, the Sidney Nolan Trust has inherited the artist’s last magnificent series of paintings and the 17th-century barn in which they were painted. In his 70th year, Nolan was suspended from the ancient oak beams in a harness of rope above 15ft x 10ft canvasses, wearing a gas mask and with a can of German car spray paint in each hand. In his study at the top of Rodd Court, he was resolving the complexity of his life through poetry. It is the legacy, embodied in Nolan’s art, of the transformative effects of free emotional expression, innovation and experimentation that guides the work of The Trust with artists and young people today.

Sidney Nolan was knighted in 1981 and awarded the Order of Merit in 1983. He was also made a Companion of the Order of Australia, elected an honorary member of the American Academy of Arts and Letters and a member of The Royal Academy of Arts. In 2020, Nolan was given a posthumous RE, he is only the second artist since 1881 to have been given one.

For further information about Sidney Nolan we suggest you visit these sites: